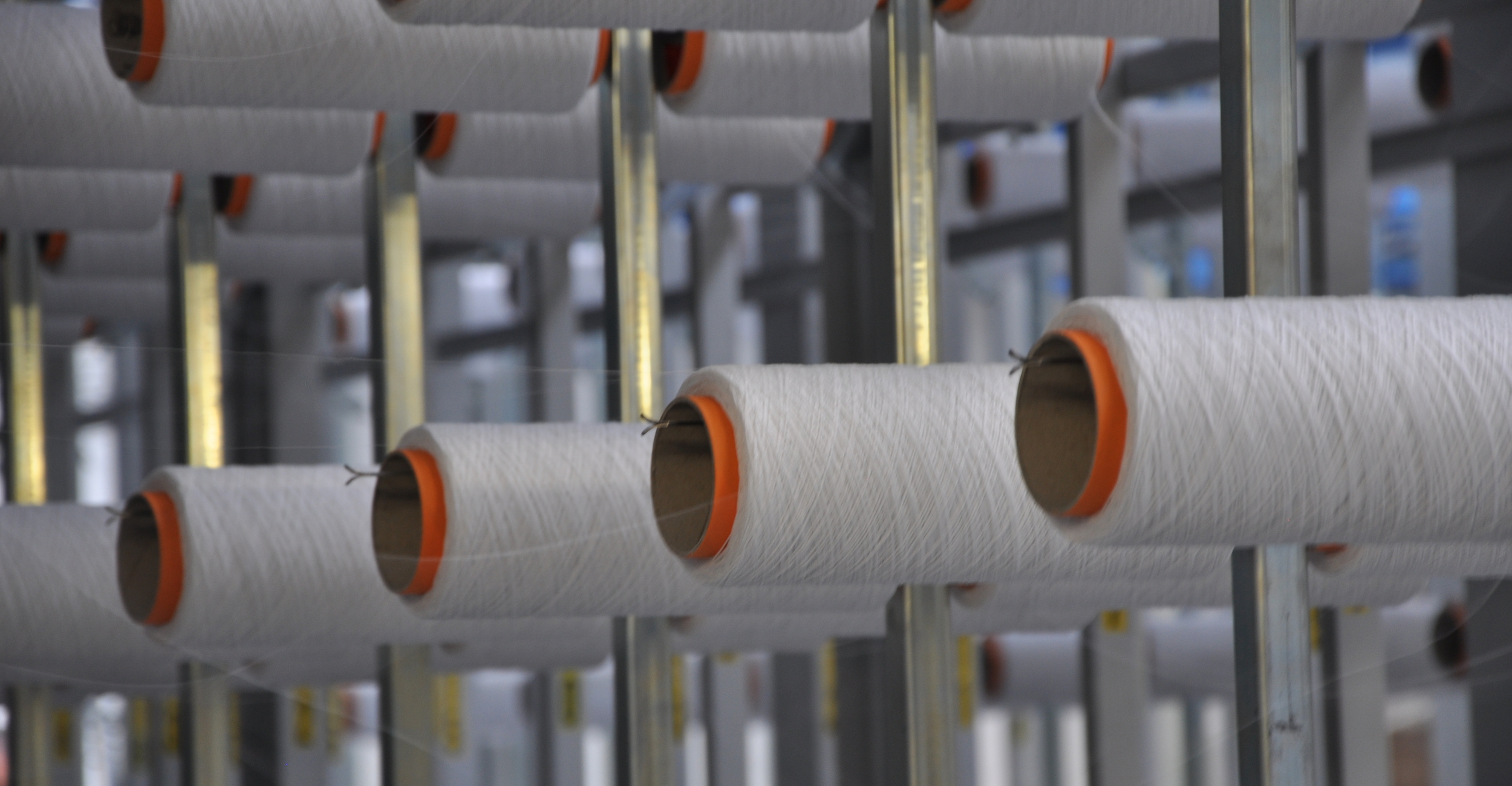 WE BELIEVE IN PRODUCT REINCARNATION

Recycling of yarn scraps
A spool of yarn weighs 3-5 kg. The length of the yarn varies from spool to spool, so the spools are never fully emptied. In the past, the spools with yarn scraps were incinerated, but now we recycle the yarn. In a new production line, we remove the yarn scraps from the spools and return this yarn to our supplier for recycling. This new practice results in the recycling of 40 to 45 tonnes of yarn annually.

Recycling of cardboard spools
Our looms often run 24 hours a day, and each loom is fed with 1,200 to 1,600 yarn spools. These spools are made from recycled cardboard and are replaced with new spools when almost empty.
The used spools used to be incinerated, but now we recycle them. Each year we recycle 49 tonnes of cardboard spools.

The sustainability strategy
Follow The Green Thread
A green thread runs through everything we do.
It begins in 1938. And it continues into the future – both the part we can see, and the part we can’t. It connects every story, every design, every initiative that we bring into the world.
Let's show you the complete strategy
Trends & News, yes please
Order samples
This website doesn't support your current Internet Explorer browser

If you're using Windows 10, it's likely you'll have the Microsoft Edge browser installed, so please use that instead.

Otherwise, we recommend you try again using a different browser.